Another step during MLOps process creation is features serving.

A historical feature store is used during model training to fetch a large range of entities and a large dataset with small numbers of queries. For this process the data fetch latency is important but not critical.

On the other hand when we serve the model features, fetching latency is crucial and determines prediction time. 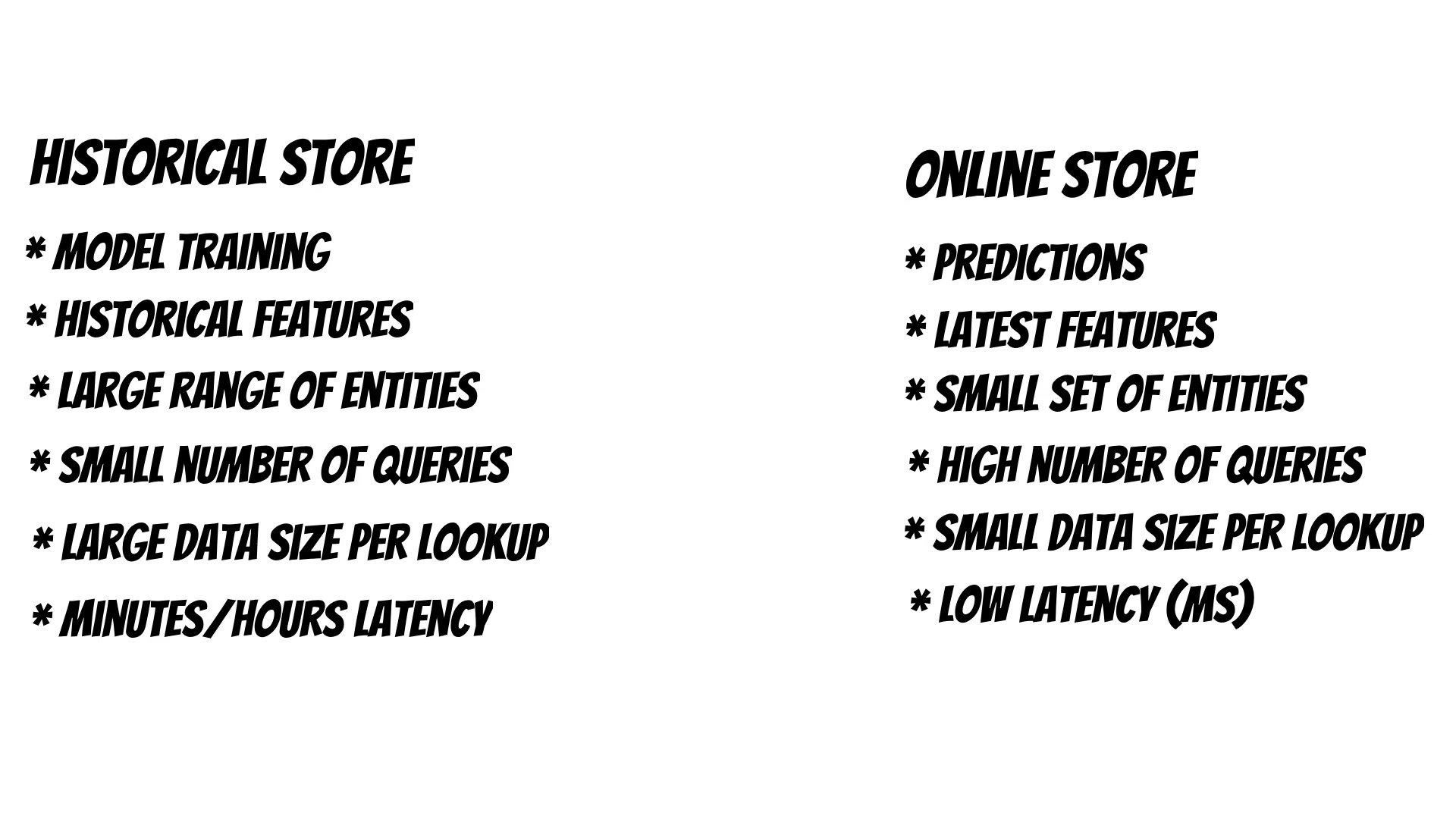 That’s why we use very fast online stores like Redis or DynamoDb. 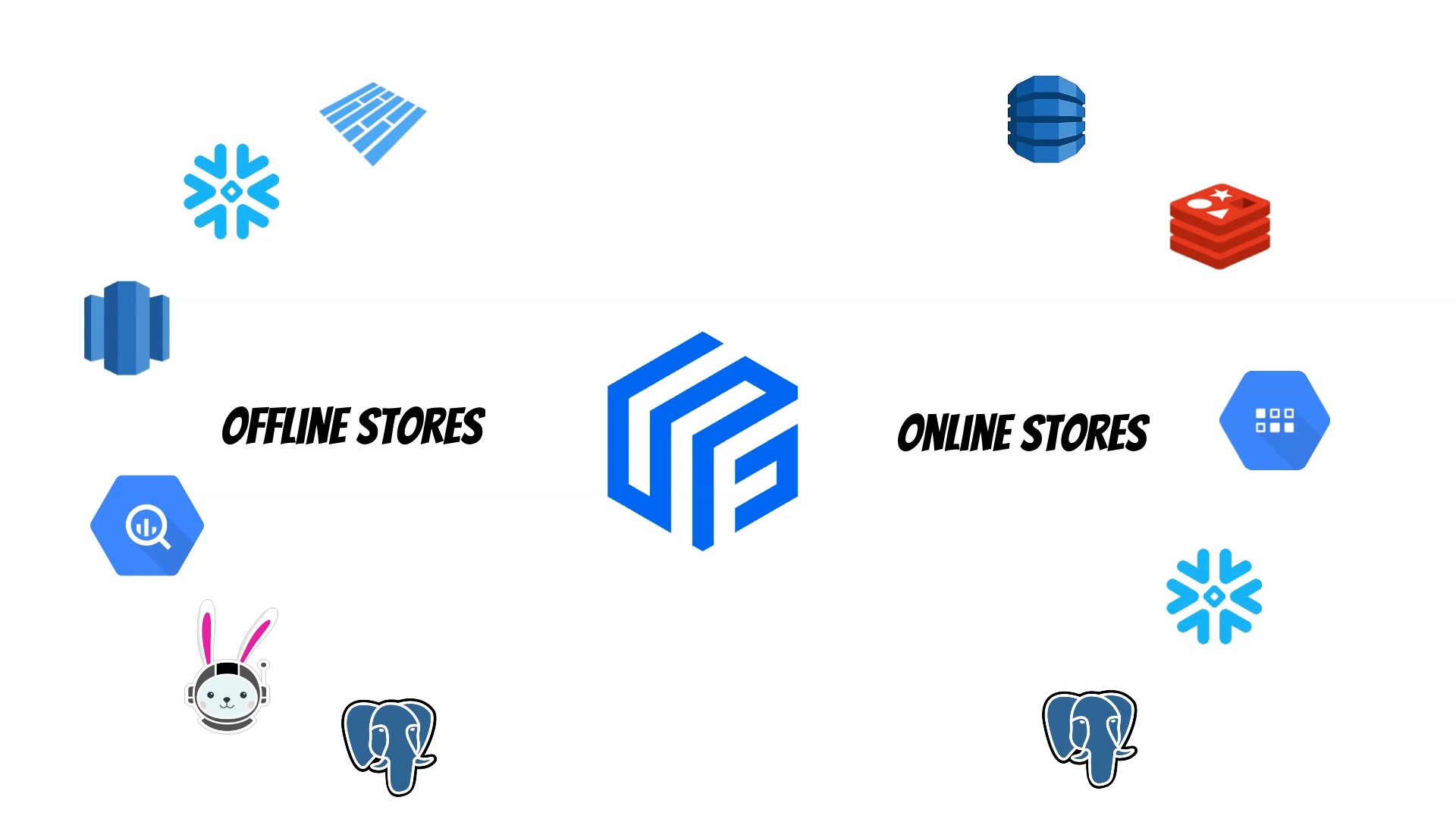 The question which appears at this point is shall we call online store directly or use feature server ?

Because multiple models can reuse already prepared features we don’t want to add feature store dependencies to the models. Thus we abstract an online store with a feature server which serves features using for example REST api. 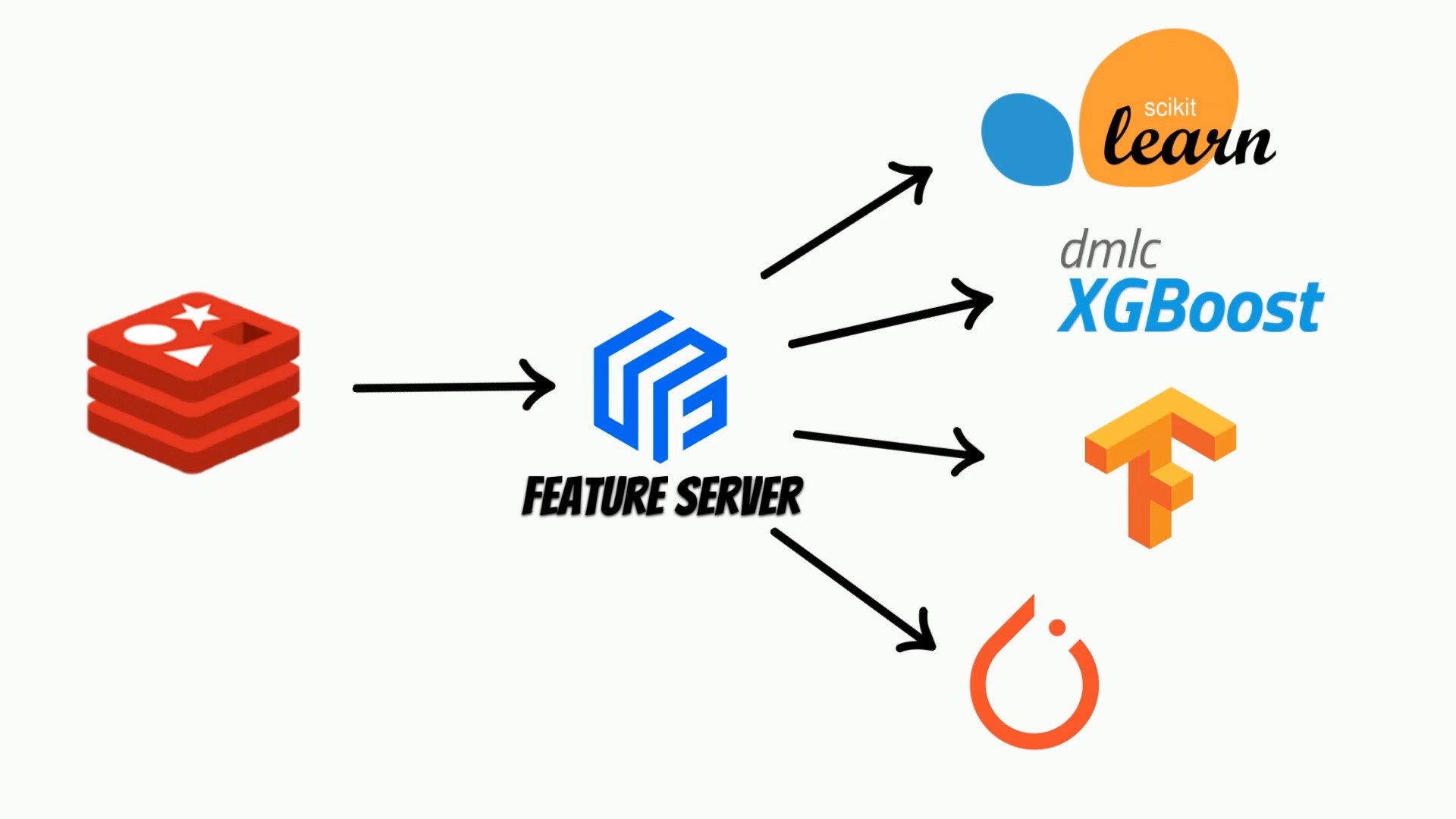 On the other hand latency due to additional layer should be minimized.

Using Feast, we can manage features lifecycle and we can serve features using built-in features server implemented in: python, java or go. 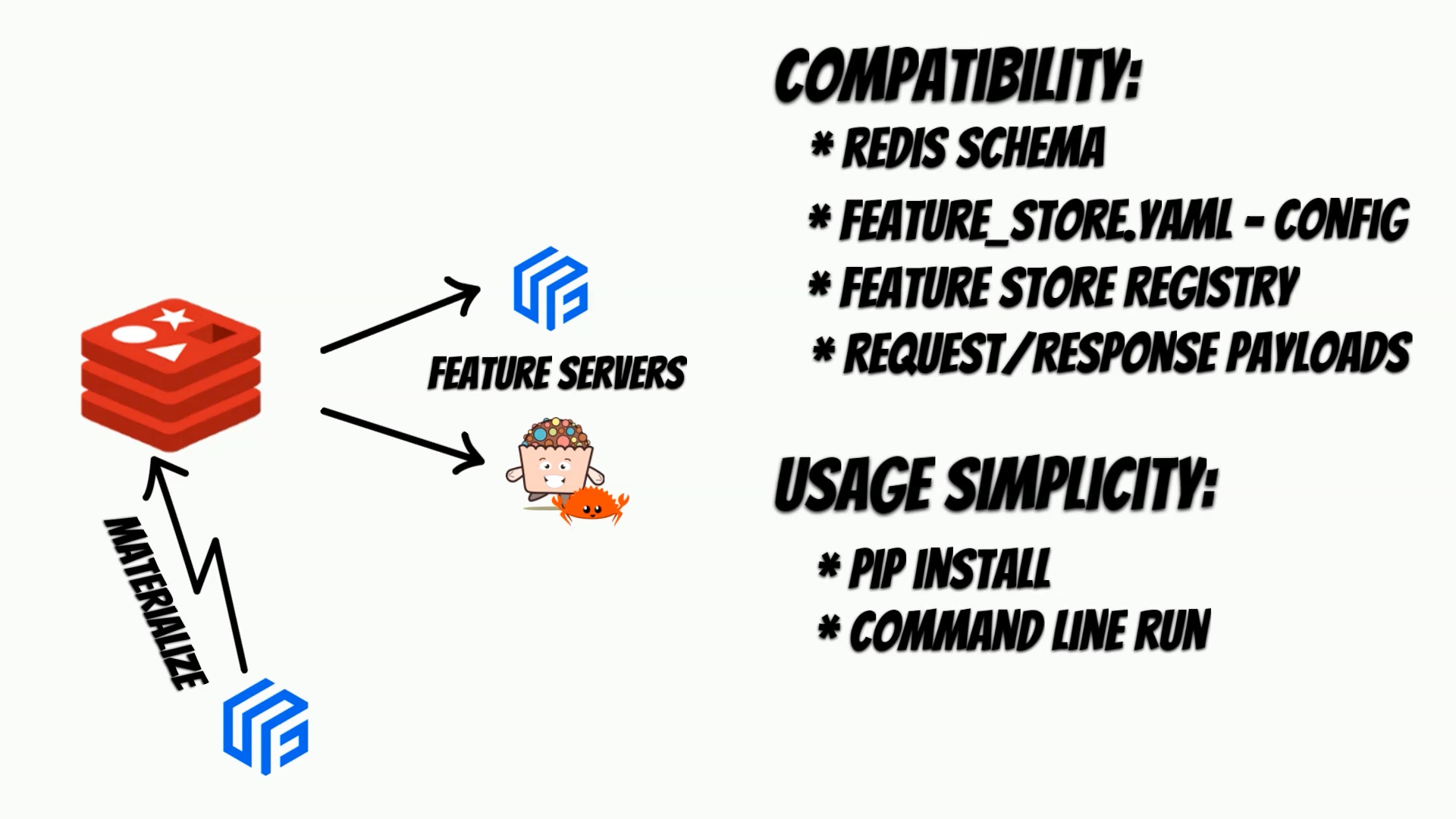 According to the provided benchmark Feast feature server is very fast. But can we go faster with the smaller number of computing resources ?

To answer this question I have implemented feature server using Rust which is known for its speed and safety.

One of the basic assumptions was to ensure full compatibility with Feast and usage simplicity.

I have also decided to start implementation with Redis as an online store.

The whole benchmark code is available on github.

To reproduce benchmark we will clone the repository:

For simplicity I will use docker. Thus in the first step we will prepare all required images: Feast and Yummy feature server, Vegeta attack load generator and Redis.

Then I will use data generator to prepare dataset apply feature store and materialize it to Redis.

Now we are ready to start the benchmark.

In contrast to the Feast benchmark where they used sixteen feature store server instances I will perform it with a single instance to simulate behavior on the smaller number of resources.

The whole benchmark contains multiple scenarios like changing number of entities, number of features or increasing number of requests per second.

All results are available on GitHub but here I will limit it to p99 response time analysis for different numbers of requests.

All results were performed on my local machine with 6 cpu cores 2.59 GHz and 32 GB of memory.

During these tests I will fetch a single entity with fifty features using feature service.

To run Rust feature server benchmark we will run: 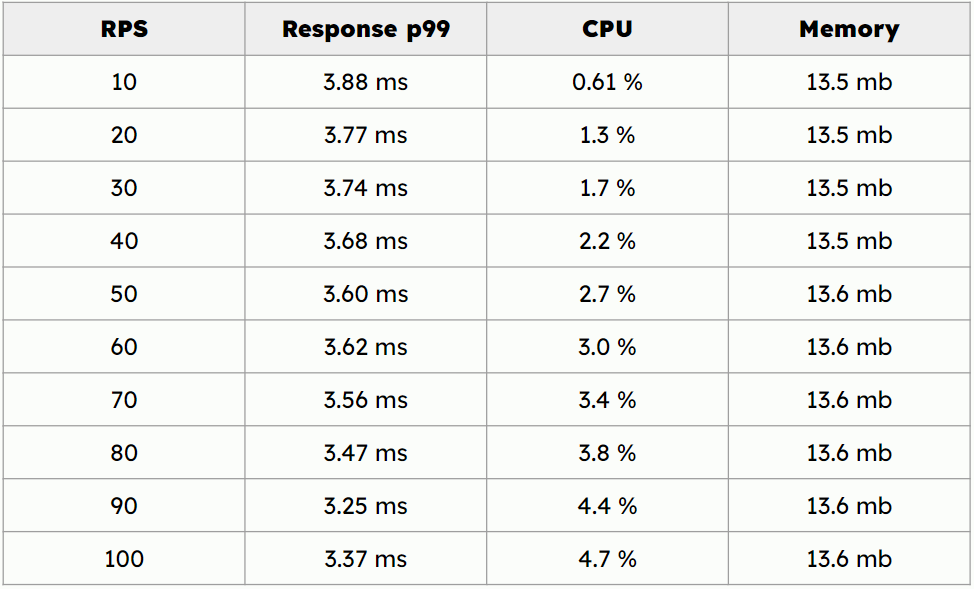 For Feast following documentation I have set go_feature_retrieval to True in feature_store.yaml

Thus I assume that go implementation of the feature server will be used. In this part I have used the official feastdev/feature-server:0.26.0 Feast docker image.

Again I will fetch a single entity with fifty features using feature service. For 10 requests per second the p99 response time is 92 ms.

Unfortunately for 20 requests per seconds and above the p99 response time is above 5s which exceeds our timeout value. 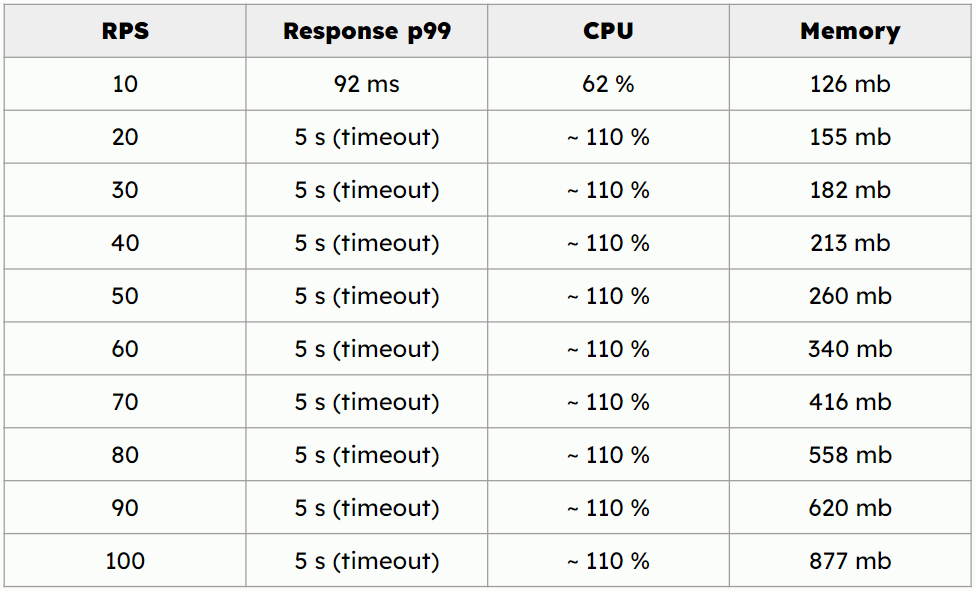 Additionally during Feast benchmark run I have noticed increasing memory allocation which can be caused by the memory leak.

This benchmark indicates that rust implementation is very promising because response times are small and stable, additionally the resources consumption is low.

The Yummy feature server usage description is available on: https://www.yummyml.com/feature-server